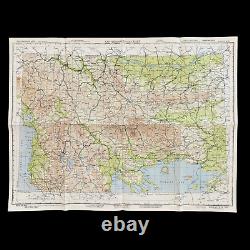 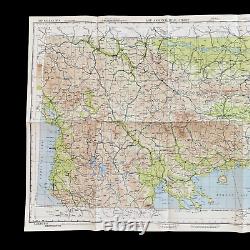 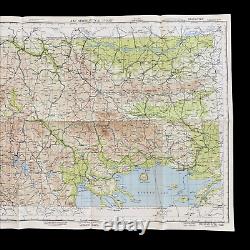 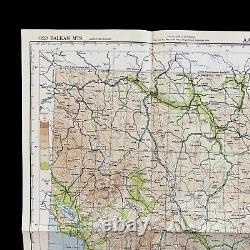 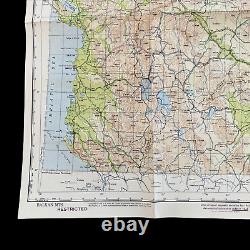 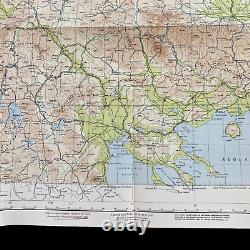 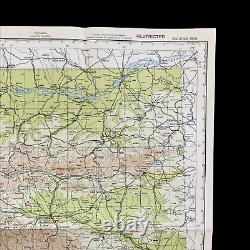 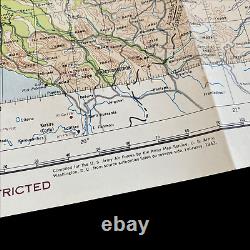 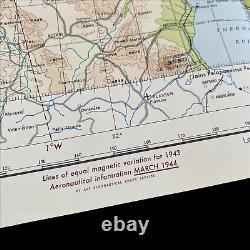 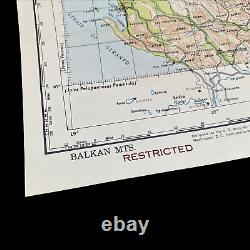 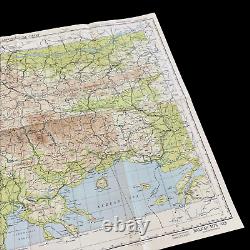 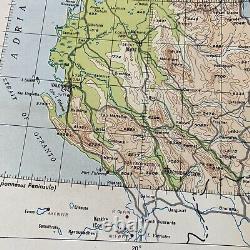 Used during the combat operations during the Allied combat and aerial operations in the European Theater. The Allied bombing of Yugoslavia in World War II involved air attacks on cities and towns in the Kingdom of Yugoslavia by the United States Army Air Force (USAAF) and Royal Air Force (RAF), including the Balkan Air Force (BAF), between 1941 and 1945, during which period the entire country was occupied by the Axis powers. Dozens of Yugoslav cities and towns were bombed, many repeatedly. These attacks included intensive air support for Yugoslav Partisan operations in May-June 1944, and a bombing campaign against transport infrastructure in September 1944 as the German Wehrmacht withdrew from Greece and Yugoslavia.

This latter operation was known as Operation Ratweek. Some of the attacks caused significant civilian casualties. Dated 1944 and titled "BALKAN MOUNTAINS" this incredible double-sided'THIRD EDITION' Aeronautical Chart was used for aerial navigation of the U. Army Air Force during WWII. Prepared under the direction of the Commanding General of the Army Air Force this map is marked'RESTRICTED' while being used in the theater of operation as it contains sensitive information wartime information such as Allied air radio frequencies, vital defense areas, and the location of military facilities.

While participating in combat operation missions this map would have been used for the navigation to aerial bombardment targets, aerial reconnaissance, strike attacks, search and rescue missions, transport operations, etc. This item is in the category "Collectibles\Militaria\WW II (1939-45)\Original Period Items\United States\Field Gear, Equipment". The seller is "premierrelics" and is located in this country: US. This item can be shipped worldwide.