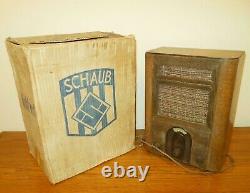 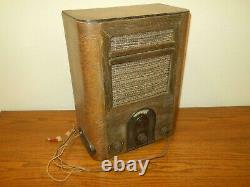 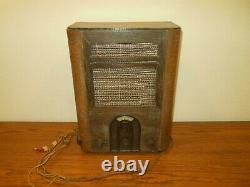 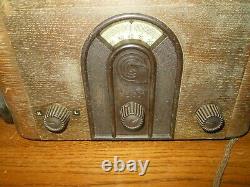 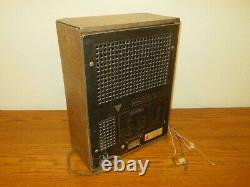 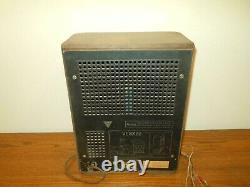 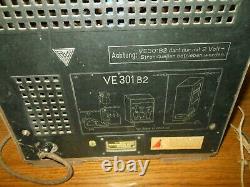 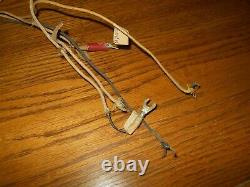 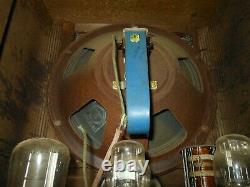 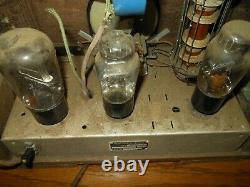 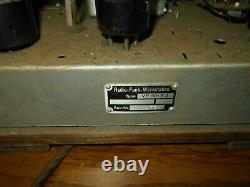 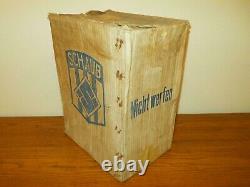 Kleinempfänger / Volksempfänger VE301 dyn GE "People's Radio". Volksempfänger "people's receiver" was a range of radio receivers developed by engineer Otto Griessing. The purpose of the Volksempfänger-program was to make radio reception technology affordable to the general public. The Volksempfänger was designed to be produced as cheaply as possible, as a consequence they generally lacked shortwave bands and did not follow the practice, common at the time, of marking the approximate dial positions of major European stations on its tuning scale. Only German and Austrian stations were marked and cheaper models only listed arbitrary numbers. Sensitivity was limited to reduce production costs further, so long as the set could receive Deutschlandsender and the local Reichssender it was considered sensitive enough, although foreign stations could be received after dark with an external antenna. Particularly as stations such as the BBC European service increased transmission power during the course of the war. VE 301 B2 was the battery powered version of "People's Receiver" (Volks-Empfänger) that replaced the VE 301 B in 1934.

LW and MW broadcast bands. 2V filament tubes in VE 301 B2 instead of 4V filament in VE 301 B. 8-pin side-wall connector for plug-in accessories.

The VE 301 B2 was manufactured by AEG, Braun, Blaupunkt, Brandt, DeTeWe, Emud, Graetz, Grassmann, Hagenuk, Körting, Lorenz, Lumophon, Mende, Nora, Philips, Saba, Sachsenwerk, Schaleco, Schaub, Seibt, Siemens, Stassfurt, Tefag, TeKaDe, Telefunken, Valvo, Wega (all from Germany), Eumig, Hornyphon, Ingelen, Kapsch, Minerva, Radione (all from Austria). Made in the 1940's, this Volks-Empfänger VE301 B2 radio was manufactured by Schaub, and is in SUPERB used condition! Made of a RARE wood cabinet, it is a simple. Box with a large rectangular speaker grille.

Larger in size, it measuring about 16" tall and 7" deep. The controls consist of two knobs and a tuning dial marked with numeric scales from 0-100 in opposite directions.

Complete internally with the original plug and cord! The wires that connect to the speaker are a bit britter, so they have split. They will need to be reconnected for full function. I suspect it would work correctly when attached to the correct power source.

No breaks or damage and comes complete in the original box! A SUPERB item for any collection or display! Most of my items are vintage, and as such are AS-IS, so you must therefore expect a degree of wear due to age and/or usage. Although my passion is the Me109, I do offer many other German Aircraft Fw190, Me262, etc. , as well as USAF and Japanese items.

Occasionally I do offer many non-vintage items such as prints and art relating to the time period. Use is solely based on my authorization only. Powered by SixBit's eCommerce Solution. The item "WW II German Army Air Force Kleinempfänger VE301 B2 PEOPLE'S RADIO BOXED" is in sale since Sunday, August 15, 2021.

This item is in the category "Collectibles\Radio, Phonograph, TV, Phone\Radios\Tube Radios\1930-49". The seller is "messerschmitt_109" and is located in Thousand Oaks, California.