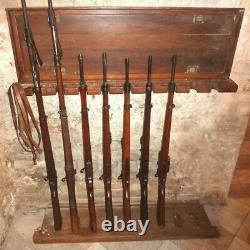 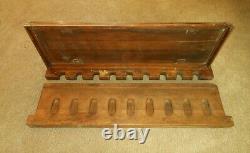 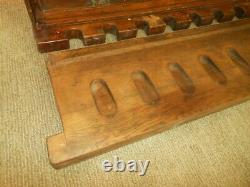 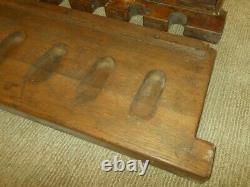 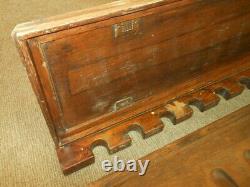 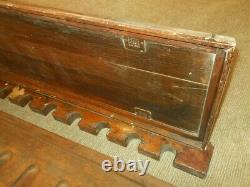 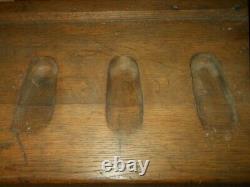 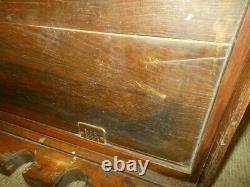 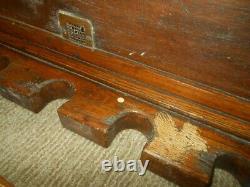 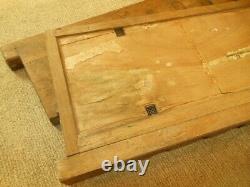 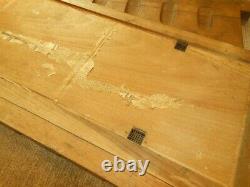 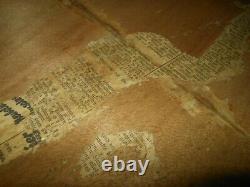 Removed from a German Barracks at war's end, this was used to store the K98 and G43 Rifles. Made of solid wood and steel, this German Barracks Rifle Holder is in EXCELLENT used condition! Due to the age, there are various marks, scratches, and dents. Though it is a matching set, the base is much more heavily faded than the upper section, and all the colored lacquer has worn off.

This is due to it having been on the ground for many years. And some sections that are loose... Holds 9 rifles in total, which is normal, as the squad leader usually had an MP 38/40 (10 men per squad). There were numerous styles of rifle racks manufactured throughout the war, but they all follow this general style and pattern.

No maker marks that I can see. The back features the remains of some old newspaper... Which could have been attached post-war. I originally acquired this to display my K98 and G43 Rifles...

But found a slightly better one that I decided to use instead. Ould make a SUPERB addition to any collection or display! Most of my items are vintage, and as such are AS-IS, so you must therefore expect a degree of wear due to age and/or usage. Although my passion is the Me109, I do offer many other German Aircraft Fw190, Me262, etc.

, as well as USAF and Japanese items. Occasionally I do offer many non-vintage items such as prints and art relating to the time period. Powered by SixBit's eCommerce Solution.

The item "WW II German Army Air Force Kaserne Gewehrständer BARRACKS RIFLE RACK RARE" is in sale since Wednesday, March 31, 2021. This item is in the category "Collectibles\Militaria\WW II (1939-45)\Original Period Items\Germany\Other German WWII Orig. The seller is "messerschmitt_109" and is located in Studio City, California. This item can be shipped worldwide.