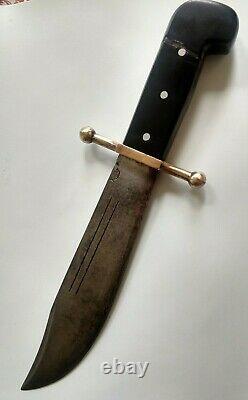 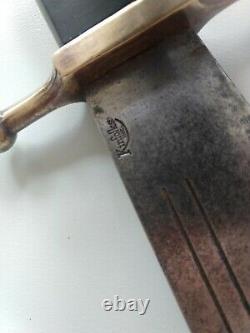 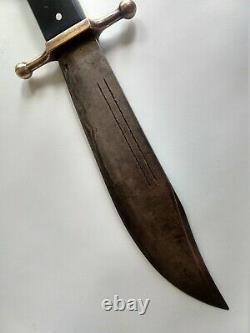 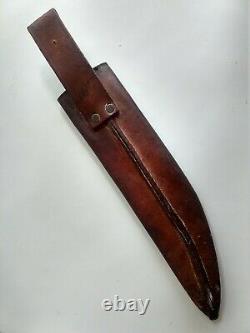 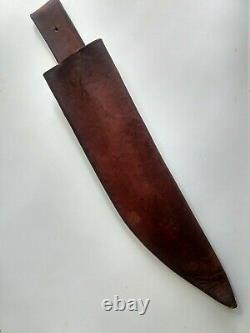 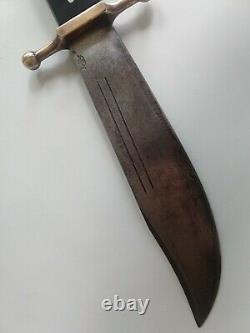 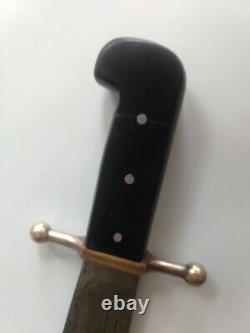 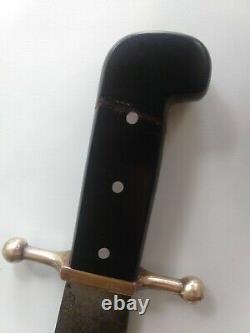 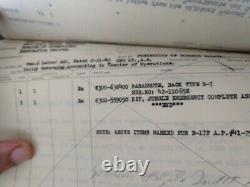 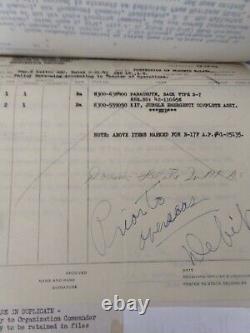 WW2 Kinfolks V44 Bowie Survival Knife with Scabbard. This may not be the prettiest one of these available, but theres a bit of provenance to it. It belonged to my dad, then 2nd Lt Dominic Salata.

It was issued to him on December 12, 1942 at Morrison Field, West Palm Beach. Lots of paperwork asking for pay never received, lol.

Marked for B-17F AF #41-25135 - Theater of Operations- Destination Unknown. (this B-17 would eventually be known as the Mud Hen, though I think that name stuck after my father went home unscathed in mid-1943). This knife was one of the items included in his B-2 bailout kit (see picture of entire kit - not included) that accompanied him on 51 missions as a B-17F bombardier in the North African and Sicilian campaigns. He was eventually the recipient of the DFC and retired as a LTC in the reserves.

He never talked much about the war, and never treated this knife with any great respect. In fact, I never knew what it was until recently. He put a nail through the scabbard (very small hole) and hung it up in the garage, painted red like the rest of his tools.

I think I discovered it when I was a teenager. It was wrapped in tape because he had broken the top of the handle off (using it like a hammer, I believe).

I fixed it with some epoxy, I think (you can see the crack) but he just repainted red it and used it like for edging St Augustine grass... How else can you use one of these in everyday life?

Apart from the crack, the blade and scabbard are in decent shape, though dad seemed a bit rough on sharpening the blade. I would keep it myself, but I have no son to pass it down to have daughter.. and we are moving overseas to retire and I just cant move everything. I guess I will have to settle for smaller things and memories. The item "WW2 US Army Air Corps V44 Kinfolks Bowie Knife with scabbard and documentation" is in sale since Wednesday, July 14, 2021.

This item is in the category "Collectibles\Militaria\WW II (1939-45)\Original Period Items\United States\Edged Weapons". The seller is "rs999" and is located in Deltona, Florida. This item can be shipped to United States.