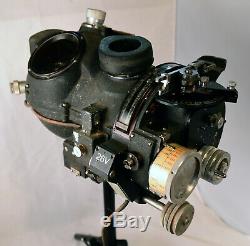 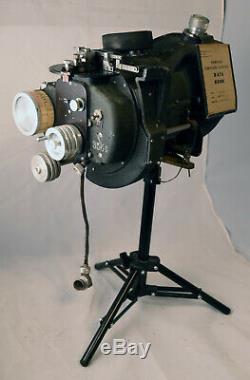 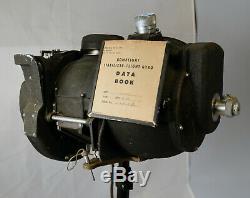 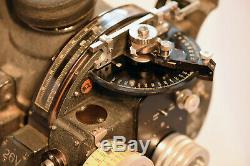 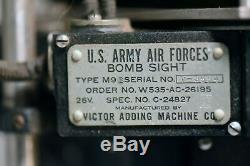 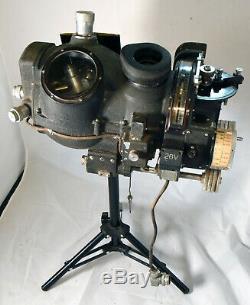 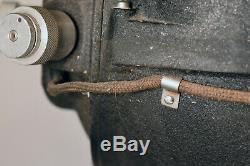 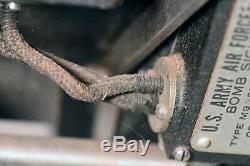 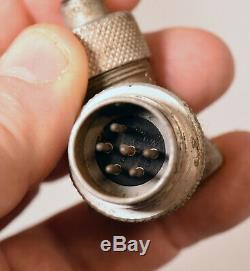 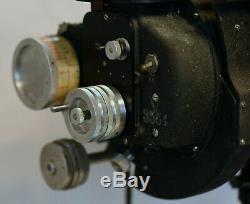 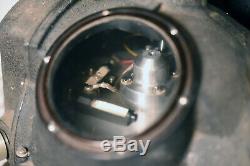 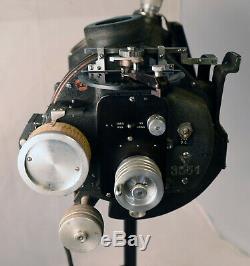 An iconic example of one of the best known top secrets of WWII. The Norden Bombsight represents how science was used to win the war. Containing one of the first mechanical computers produced, the Norden Bombsight was used to solve the "bombing equation", it was a key tool in the strategic bombing of military targets. The goal was to allow bombing of specific targets with accuracy in order to improve the effectiveness of bombing campaigns while reducing collateral damage. Unfortunately it didn't all work out as planned, but not because of any faults in design or implementation of the bombsight, even thought it was one of the most technically precise pieces of mechanical computing and optical design ever constructed. In the early parts of the war these sights were very difficult to produce and were in short supply. Later on Norden and the US Gov spread the manufacturing problem to multiple different companies, such as the Victor Adding Machine company which built this one to help supply the demand.

All units were built to the same exacting design and all were qualified with the same test procedure. This one is (in my estimation) of late production, perhaps near the end of the war in 1945. It is an M9-B model with serial number V-3554. It does not look like it was ever installed, likely because toward the end of the war there were other "solutions" being used, however the Norden sight was used through the 50's in several types of US aircraft.

This unit is in excellent condition and has obviously never been stored out of doors. It is very clean with all screws and seals and electrical wiring intact it has (in my opinion) never been taken apart by other than US Army Air Corps or Navy service personnel. The gimbal bearings are completely free of any binding and all the controls work smoothly as designed.

Optics are clear with no defects and free of fungus. Mirror drive cable is in excellent condition, routed and connected properly and also working smoothly. There is a great deal of information available describing the design, construction details (and difficulties), and operation of this sight. Having been installed in nearly every type of US bomber it is easily recognizable in old movies and in aircraft that tour the country in airshows etc. Included in this sale is a nice display stand that allows you to rotate the instrument around for viewing.

In this context I would suggest you remove the screws that hold the "top" onto the unit so it can be pulled to examine the exquisite detail of the inner workings. The "computer" that is on the right side of the unit is also easily exposed by removing the screws around the "ring" that holds it onto the gyro stabilized optics platform. And the good news is that it all goes back together as easily as it comes apart, with no springs that fly out or anything that must be precision aligned, that's all taken care of in the design!

This is a beautiful example of WWII technology that is priced to sell and will continue to gain in value as time marches on. The item "WW2 US Army Air Corps Norden M9-B Bombsight with display stand, priced to sell" is in sale since Monday, February 24, 2020. This item is in the category "Collectibles\Militaria\WW II (1939-45)\Original Period Items\United States\Field Gear, Equipment".2l8" and is located in Fort Collins, Colorado. This item can be shipped to United States, Bahamas, Uruguay.