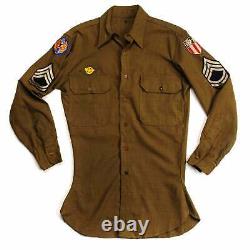 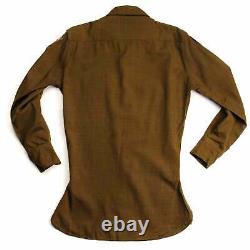 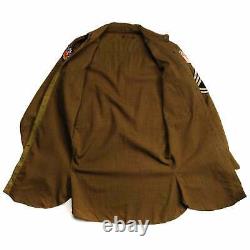 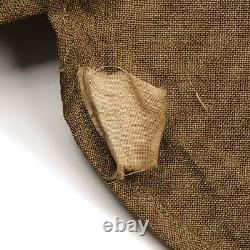 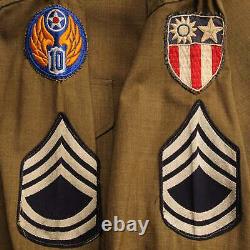 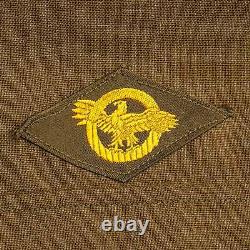 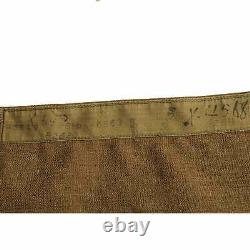 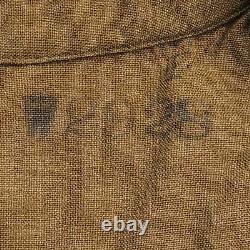 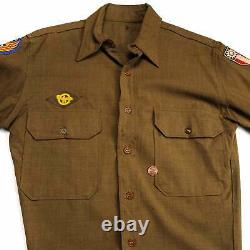 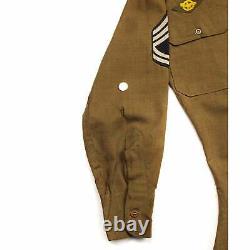 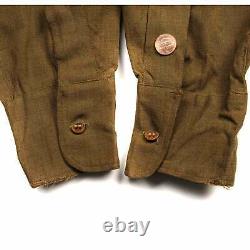 VERY GOOD CONDITION NEAR MINT CONDITION. BUT PLEASE CHECK ALL PICTURES. USAAF US ARMY AIR FORCES WOOL SHIRT 1940'S WW2 TENTH AIR FORCE, CBI, HONORABLE SERVICE LAPEL AND TECHNICAL SERGEANT 2ND GRADE PATCHES SIZE SMALL. Tenth Air Force (Patch on the left side) was constituted on 4 February 1942 and activated on 12 February, built up around a nucleus of air force personnel newly arrived from Java and the Philippines, under the command of Maj. It had its headquarters at New Delhi.

Components of the air force moved to India over a three-month period from March to May 1942. It was responsible for creating, operating and safeguarding the India-China Ferry, more commonly known as the Hump airlift, between 8 April and 1 December 1942, first with its Assam-Burma-China Command until 16 July, then the India-China Ferry Command until 1 December, when jurisdiction for the airlift passed to the Air Transport Command.

(Patch on the right side) was the United States Military. Designation during World War II. Forces (including US forces) in the CBI was officially the responsibility of the Supreme Commanders.

However, US forces in practice were usually overseen by General Joseph Stilwell. The Deputy Allied Commander in China; the term "CBI" was significant in logistical, material and personnel matters; it was and is commonly used within the US for these theaters. The Honorable Service Lapel PATCH (on top of the front pocket), was awarded to United States military service members who were discharged under honorable conditions during World War II. The award is sometimes colloquially called the Ruptured Duck. Sculptor Anthony de Francisci designed the award. This item is in the category "Collectibles\Militaria\WW II (1939-45)\Original Period Items\United States\Uniforms".

The seller is "kingofvintage1" and is located in this country: US. This item can be shipped worldwide.