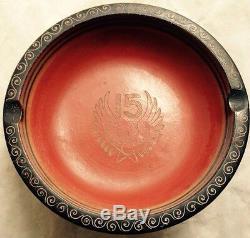 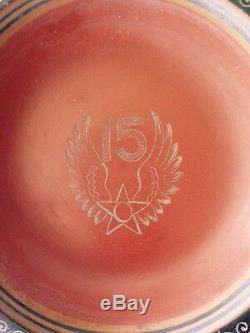 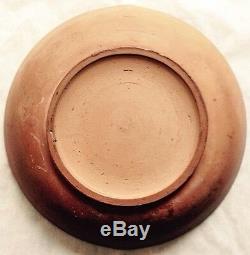 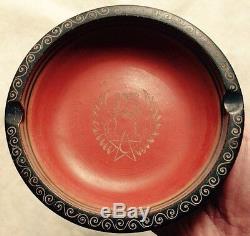 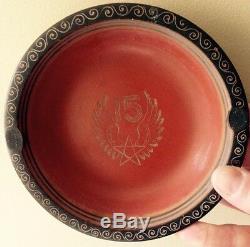 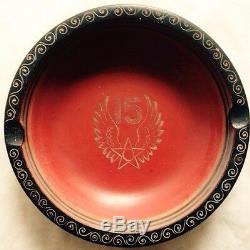 15th AIR FORCE UNITED STATES ARMY / FIFTEENTH AIR FORCE UNITED STATES ARMY. VINTAGE ASHTRAY / ASH TRAY. Org, Fifteenth Air Force was established on 1 November 1943 as part of the United States Army Air Forces in the World War II Mediterranean Theater of Operations as a strategic air force and commenced combat operations the day after it was formed. The first commander was General Jimmy Doolittle. The Fifteenth Air Force drew its operational forces from heavy bombers of the IX Bomber Command, the strategic bomber command of the Ninth Air Force which was relocating to the United Kingdom to become a tactical air force in the European Theater of Operations, the Twelfth Air Force, and by a diversion of groups originally intended for the Eighth Air Force. Mainly operating out of bases in southern Italy, the Fifteenth Air Force, along with the Eighth Air Force and RAF Bomber Command, became the instruments used by the Allies to carry the strategic air offensive to Axis occupied Europe and Germany.

The Fifteenth was de-activated in Italy 15 September 1945. AGE: circa 1944 - 1945. DESCRIPTION: This is a RARE art pottery or trench art ash tray bearing the embossed, impressed or engraved emblem of the Fifteenth Air Force of the United States Army! Made of red clay with brown slip around rim.

This item is in the category "Collectibles\Militaria\WW II (1939-45)\Original Period Items\United States\Other US WWII Original Items". The seller is "jstars" and is located in Chesapeake, Virginia. This item can be shipped worldwide.