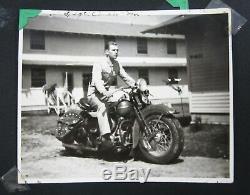 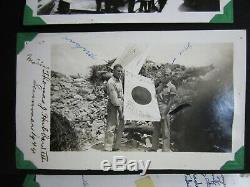 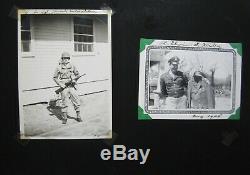 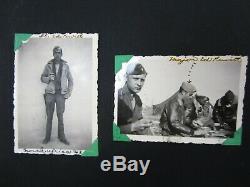 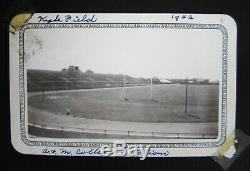 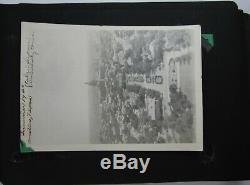 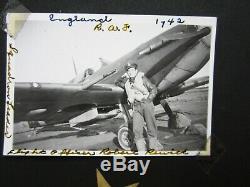 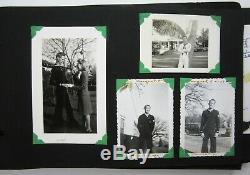 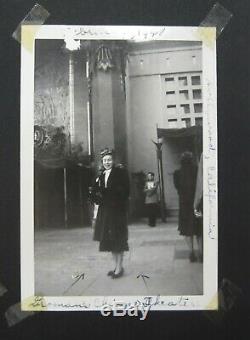 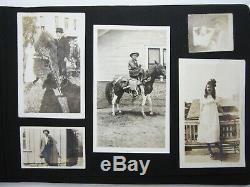 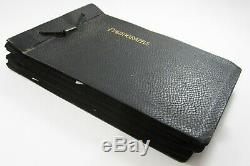 Estate sale find, vintage WWII era family photo album, it appears that the item may have belonged to a young lady that spent some time in Texas and later in California. There is a newspaper clipping tucked behind one of the photos mentioning attending graduate school at USC. There are a couple of photos of the University of Texas, Texas A&M Kyle Field, but predominately photos of friends and family. Many are identified and the bulk date from the early to late 1940's. It appears several classmates served in the military during the war and photos were exchanged. There is even a photo of an RAF flight officer, possibly an American assigned to the 133 Eagle Squadron. The writing is a little difficult to decipher and some of the captions mentions an Ed Pewitt in North Africa in 1943, and another Robert Pewitt in front of an RAF plane dated 1942 perhaps brothers? A cursory online research indicated that there was an American Pilot Officer, Robert Pewitt, 133 Eagle Squadron, who was killed.

There is a grave marker in Bridgeport, Texas, which reads: RAF, 133rd American Eagle Squadron Royal Air Force, Pilot Officer Robert L. 19, 1920 May 19, 1942. The page dipicting the flyer does have gold stars affixed to it, perhaps indicating he was KIA? All in all an interesting album with a great opportunity for further research. The item "WWII Photo Album Harley Davidson Motorcycle Army Air Corps Eagle Squadron RAF" is in sale since Friday, September 11, 2020.

This item is in the category "Collectibles\Militaria\WW II (1939-45)\Original Period Items\United States\Photographs". The seller is "e*flea" and is located in Bakersfield, California.