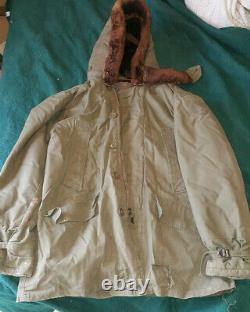 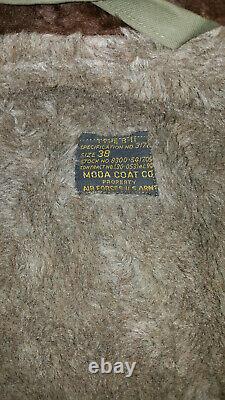 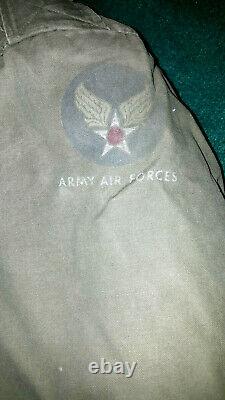 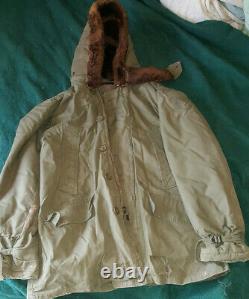 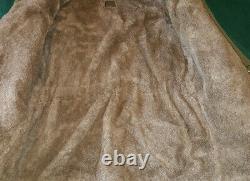 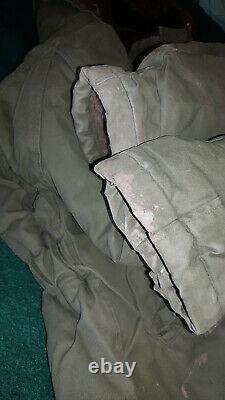 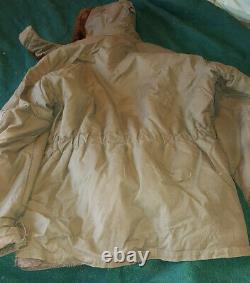 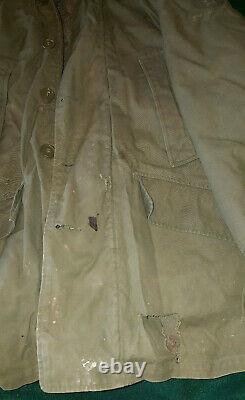 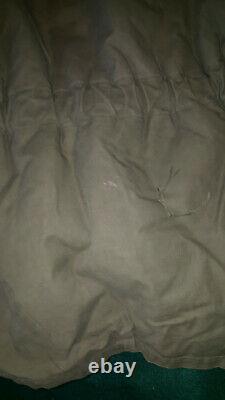 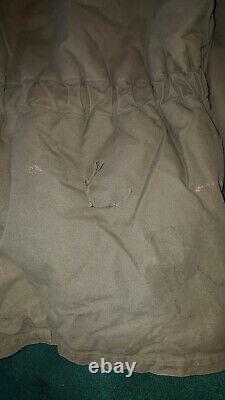 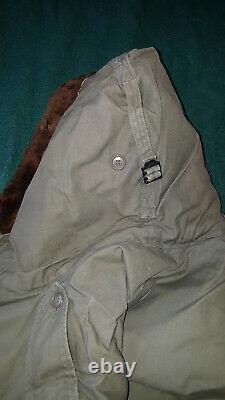 This is from the estate of a WWII Army Air Force member and is the real deal worn in combat in the war. Made by the Moda Coat Co. And size 38 with wear and tear that shows its real age. Created in 1941 the Army Air Forces lasted until 1947. They had a distinctive patch inked onto the Parka sleeve on the one shoulder.

The AAF was a component of the United States Army, which on 2 March 1942. Was divided functionally by executive order into three autonomous forces: the Army Ground Forces, the Services of Supply (which in 1943 became the Army Service Forces), and the Army Air Forces.