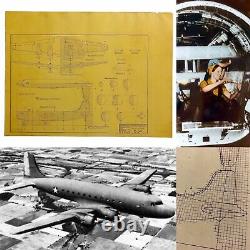 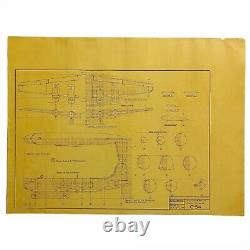 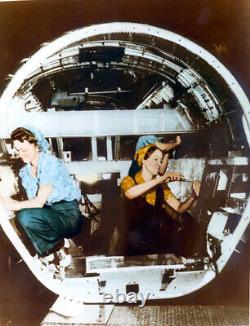 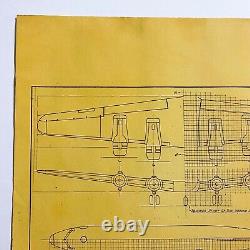 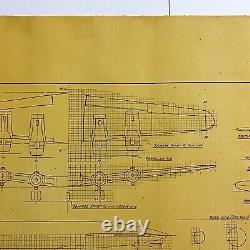 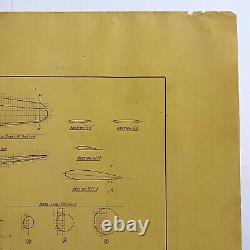 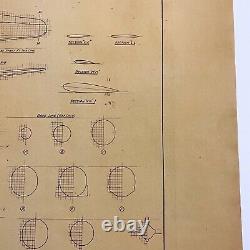 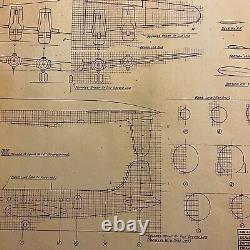 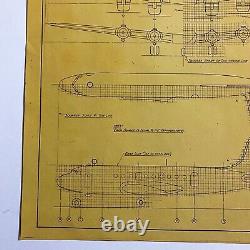 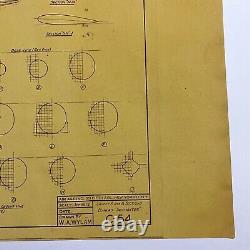 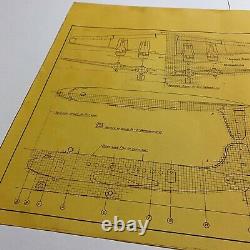 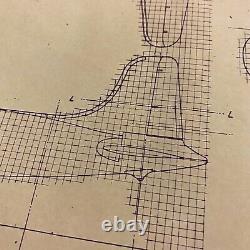 Size: 24 x 18 inches. These original WWII'Douglas C-54 Skymaster' blueprints are not dated, however, come from a collection of 3 other similar aircraft blueprints of the same collection that are dated August of 1944. The paper of all three blueprints show similar aging and are drawing in the exact style of the one blueprint that is dated 1944.

This blueprint shows the factory and construction layout plans and specifications for one of the most notable US transport aircrafts used in all theater operations during WWII. The blueprint is in good condition with little to no folds as it was never creased. Paper shows common age and has a yellowish tint with a blue printed ink. The Douglas C-54 Skkymaster served around the globe during World War II and accelerated the growth of peacetime air travel. At the beginning of World War II, the globe seemed huge-covered by thousands of miles of ocean and uninhabited land mass, but by the time it ended everything had been brought closer together, thanks largely to the four-engine transports of the United States Army Air Transport Command, particularly the Douglas C-54 Skymaster. The Douglas C-54 Skymaster was the first USAAF four engine transport and with a maximum range of 3,000 miles, it could fly non-stop to either the Pacific or European Theaters. Entering service in 1942, it was ordered in large numbers and played an important role in US long range transport during World War II with a few C-54s being supplied to Britain under Lend-Lease. Known for its long range and large cargo capacity, it carried a crew of 6 which included 2 relief members, with a maximum load of 28,000 pounds of cargo or 49 passengers the intended range. Various version were build including a 26 passenger transport, a troop transport with benches, a medical stretcher transport and a a cargo version with twin-boom hoist with a large access door.

It was heavily used in WWII by the Air Transport Command (ATC) flying the Crescent Caravan which eventually included routes to Europe, Africa, and India. The group delivered aircraft all over the world and was the first to utilize women pilots, the WAFS and WASP. In late 1943, the group established a scheduled military airline Crescent Caravan from New Castle, Delaware to Calcutta, India, Flying C-54 type aircraft.

During WW II, the C-54 was also used as a personal transport by General MacArthur, and Winston Churchill and transported the American delegates to the Casablanca Conference in 1943. The forerunner of Air Force One, a modified C-54 named Sacred Cow, became the first military aircraft to carry a U. President when President Roosevelt flew to Russia for the Yalta Conference in February 1945. This item is in the category "Collectibles\Militaria\WW II (1939-45)\Original Period Items\United States\Field Gear, Equipment".

The seller is "worldwarartifactsandrelics" and is located in this country: US. This item can be shipped worldwide.