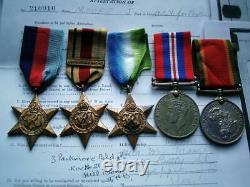 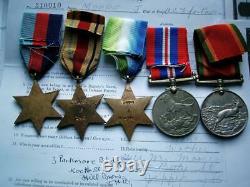 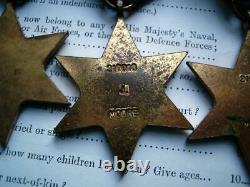 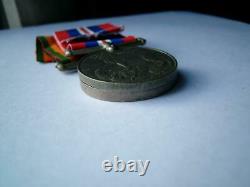 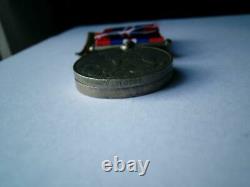 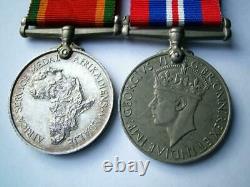 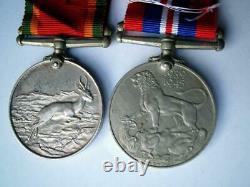 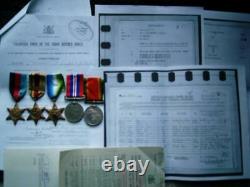 21 Squadron SAAF was first formed on 8 May 1941 in Nakuru, Kenya, as a bomber squadron flying Maryland medium bomber aircraft. The squadron consisted of pilots from Squadrons 11, 15, and 16 of the SAAF. From November 1943 to February 1944, the 21st Squadron was based at Totorella in the province of Foggia, Italy. Baltimore, Anson, and DC3 planes were flown on bombing raids mainly over central Italy and into Yugoslavia.

On 21 February 1944 the squadron moved from Tortorella to Campomarino, south east of Termoli, where bombing continued, mainly of railways and marshalling yards. 21 Squadron SAAF was disbanded on 10 September 1945.

26 Squadron SAAF is a disbanded squadron of the South African Air Force. The squadron was based at Takoradi, Gold Coast (now Ghana) on the West Coast of Africa during World War II. They flew Vickers Wellingtons on anti-submarine and convoy escort patrols over the Atlantic.

John Moore was born on 6 April 1923 at Steinkopf, South Africa. Enlisted at Johannesburg in April 1941 and was assigned to the South African Air Force, subsequently being trained as an Air Gunner and commenced flying'Ops' by September. And flew with them in North Africa and Italy.

Wounded in the left buttock during a raid over North Africa on the 21 March 1943. He was admitted to a medical facility on 22 March and pronounced fit for service on 18 June.

26 Squadron in 1944, flying anti-submarine operations and convoy protection patrols over the Atlantic. Also an original 2003 request for replacement 1939-45 Star and Africa Service Medal. Maryland Bomber SAAF WW2 21 Squadron SAAF was first formed on 8 May 1941 in Nakuru, Kenya, as a bomber squadron flying Maryland medium bomber aircraft. Wellington Bomber-same type used for anti-submarine operations over the Atlantic by RAF & Costal Command By 1943 Coastal Command finally received the recognition it needed and its operations proved decisive in the victory over the U-boats.

The coastal Command service saw action from the first day of hostilities until the last day of the Second World War. It flew over one million flying hours in 240,000 operations, and destroyed 212 U-boats. Coastal Command's casualties amounted to 2,060 aircraft to all causes and some 5,866 personnel killed in action. During 19401945 Coastal Command sank 366 German transport vessels and damaged 134. The total tonnage sunk was 512,330 tons and another 513,454 tons damaged. A total of 10,663 persons were rescued by the Command, including 5,721 Allied crews, 277 enemy personnel, and 4,665 non-aircrews. The item "Lieut Air Gunner WW2 N Africa Atlantic 1939-45 star SA Air Force anti Subs medal" is in sale since Saturday, April 17, 2021. This item is in the category "Collectables\Militaria\World War II (1939-1945)\Medals/ Ribbons".

The seller is "theonlineauctionsale" and is located in Leamington Spa. This item can be shipped worldwide.