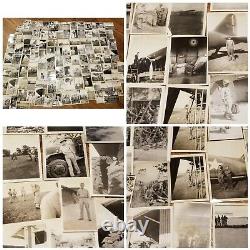 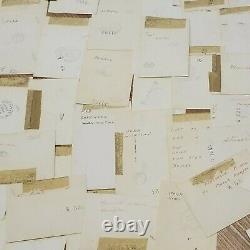 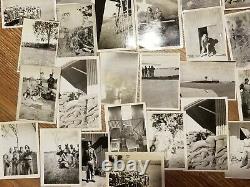 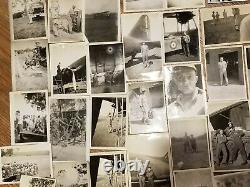 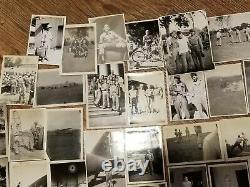 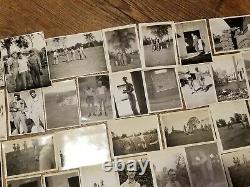 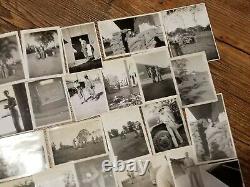 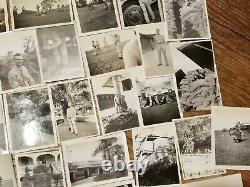 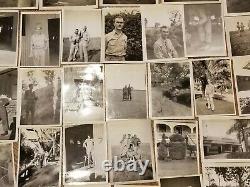 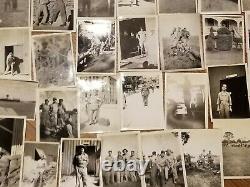 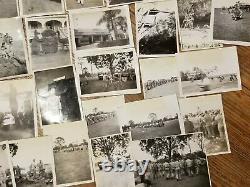 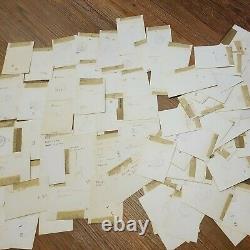 118 WW2 Photos Original USAAF 21st TCS Air Transport Australia. Collections such as these USAAF photos from units based in Australia and New Guinea are hard to find. All are stamped with the Army censor #1604 on the back.

Most are 3 1/4" x 2 1/4". In early 1942, the 21st Air Transport Squadron was constituted by the U. Army Air Forces during the dark days of World War II, when Allied forces were in retreat before Imperial Japanese military forces throughout the Pacific Theater of operations. The 21st ATS was activated on April 3, 1942, at Archerfield airport, near Brisbane, Australia and assigned to the U.

Army Air Forces in Australia. The 21st ATS initially flew a large variety of twin-engine transport aircraft. On occasion, the 21st ATS flew the four-engine B-17 Flying Fortress, and the Consolidated LB-30 Liberator, as well as the twin-engine B-18 Bolo.

Starting in 1945, the 21st TCS replaced the venerable C-47 Skytrain with the larger C-46 Commando. The 21st TCS operated in Australia and New Guinea until the end of WWII. This item is in the category "Collectibles\Militaria\WW II (1939-45)\Original Period Items\United States\Photographs".

The seller is "uncorped" and is located in this country: US. This item can be shipped worldwide.