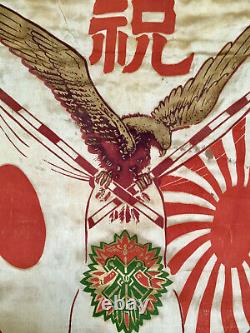 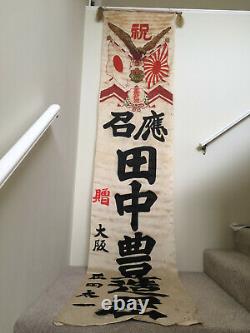 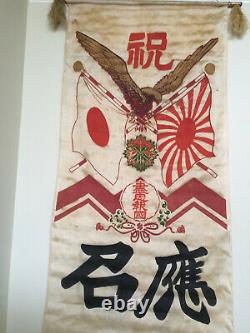 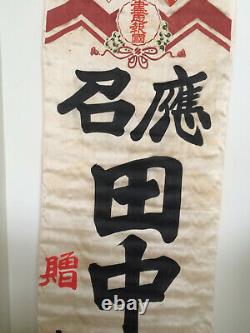 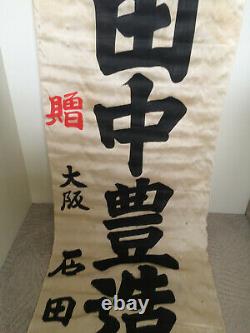 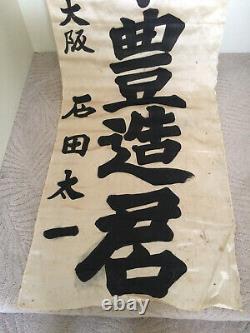 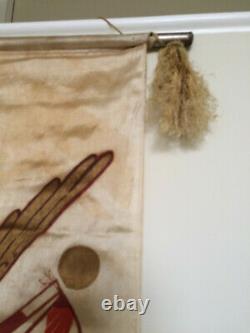 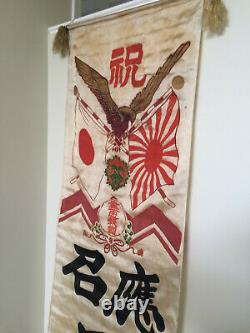 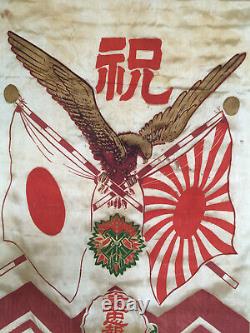 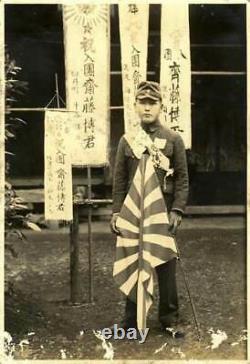 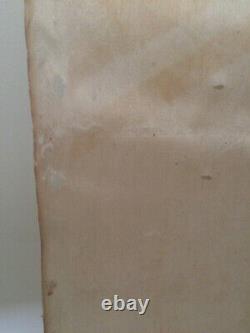 Offered by Over The Blue Horizon and obtained in Tokyo is a superb, EXTRA LONG, original, and named Japanese World War II NOBORI a banner used in sending off a recruit to active military duty. As translated from this'over-the-top' NOBORI, the young man whose departure was celebrated is Mr. UEMURA SADAKICHI and it appears from the eagle on the NOBORI that he was slated to enter the Imperial Japanese Army Air Force. On the day of Mr. UEMURA's departure, his family, neighbors, and fellow students or workers often threw a party prior to his departure and accompanied him to the train station with shouts of encouragement while carrying flags and banners like this NOBORI.

After his departure, the celebratory NOBORI was usually packed away in the attic and forgotten for decades, and often was found when the family tore down the house or moved. This particular NOBORI is huge: it measures approximately 124 inches long and x 26 inches wide and appears to be either silk or rayon. Its size can be appreciated from the accompanying photos! The kanji that was inked on is still clean and dark, and the colors remain bright. Aside from being wrinkled with some foxing stains, and some small holes, this NOBORI remain solid with no significant damage. Original World War II NOBORI are becoming difficult to find and here's a superb example of this bonafide Japanese WWII item.

We have not washed, ironed or attempted to clean this NOBORI. It was obtained at a temple flea market outside of Tokyo last year, so its the real deal. If youve been looking to obtain one of these. Heres a great deal being offered at a very fair beginning price. Note that the pole used to hang the NOBORI (and string and tassles) in the accompanying scans are NOT part of the sale; they are from our personal collection.

You can easily use a dowel or small bamboo pole and twine for the same purpose. The item "WWII JAPANESE ARMY AIR FORCE NOBORI Sending Off to War JAPAN Original Banner" is in sale since Sunday, December 13, 2020. This item is in the category "Collectibles\Militaria\WW II (1939-45)\Original Period Items\Japan\Flags & Banners". The seller is "overthebluehorizon" and is located in Kailua, Hawaii.